This was posted 4 years 1 month 14 days ago, and might be an out-dated deal. 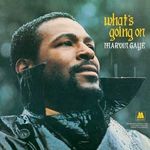 Some more Vinyl bargains, this time from WowHD (so inclusive of shipping)

Some good deals if you're into jazz too- just search Dave Brubek, Maynard Ferguson, Stan Getz (and more)