This was posted 2 years 11 months 16 days ago, and might be an out-dated deal. 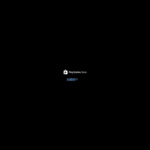 A bunch of good games on sale, here are just a select few.

Also lots of VR games on sale too (not listed).