This was posted 2 years 5 months 17 days ago, and might be an out-dated deal.

As if you needed another reason to cheer on the Green and Gold.

We couldn’t convince Sepp Blatter to let us win the cup this year, so we’re giving away drinks for every goal scored by our boys in Green and Gold.

We don’t have ‘Aussie’ Guus this time round and Timmy Cahill is on his last legs, so we’re stepping up to the spot.

In each of their group matches if the Socceroos score a goal, we’ll give you a free drink* to celebrate with. It’s just another reason to stay up late and cheer on our boys.

You’re just a Lucas Neill long throw away from a free beer.
Each drink barcode will entitle you to a free drink of your choice (excluding wine bottles, buckets and 500ml options)
This offer will apply to “dine-in” orders only. 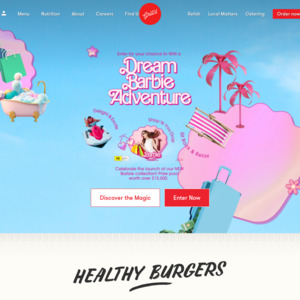