Description Dyson Product.
No. of Prizes 500

All applications will be reviewed for suitability for participation in beta trial programs via a survey. Dyson will then provide selected participants with a Dyson product. During the Trial period, participants must use the Dyson product and then submit a review of the product to Dyson at the conclusion of the Trial. 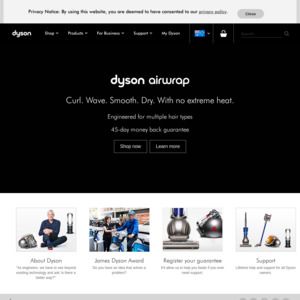