This was posted 1 year 7 months 11 days ago, and might be an out-dated deal.

Not the fastest but probably one the cheapest. May suit who is after a cheap fast USB Flash drive to combine with a SATA to USB cable 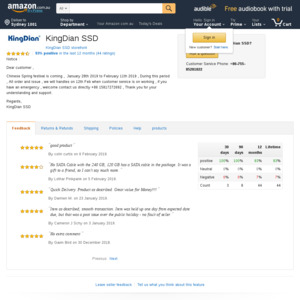