The new Raspberry Pi 4 Model B dropped today. It is a significant upgrade from the previous 3+. The 4GB RAM model is the best value for money. They all come with dual micro HDMI ports, Gigabit LAN, b/g/n/ac WiFi, 2 USB 3 ports and 2 USB 2 ports.

$94.95 is the regular price but at this price the RPi 4 is great value. The best place to pick up one of the new PRi's is from Little Bird Electronics' Pi Australia store.

Product ships in end of August. 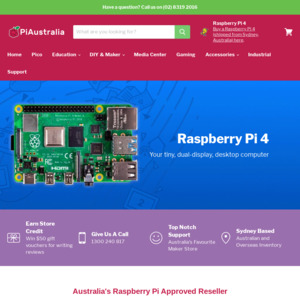