This was posted 2 years 8 days ago, and might be an out-dated deal.

Saw this deal on Concrete Playground website. details from their site:

When the fuel light starts glowing, it's easy to pull into the nearest service station and pay the corresponding (and hardly cheap) price. No one likes forking out big bucks for petrol, though, which is why it's always such a huge talking point. No matter what you're driving, when it comes to the pump, every motorist loves a bargain.

Opening its first retail outlet, Queensland-based company Mega Fuels is doing its best to entice car owners to Rocklea on Saturday, July 20 by giving everyone what they want: heavily discounted petrol. If you race on in between 9am–12pm, you'll be able to fill up your tank with unleaded for 99 cents per litre. There'll also be discounted premium diesel, should that get your engine running.

If you fancy a snack while you're in the city's western suburbs, the new Ipswich Road spot will also be putting on a free barbecue. If hardware and sausages can go hand-in-hand, then servos and and barbies can too.

And, for dedicated car fans — as opposed to just cheap petrol fans — Supercars champion James Courtney will be onsite, complete with a show car and other race cars. 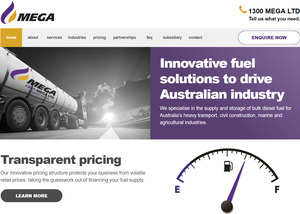