This was posted 1 year 5 months 25 days ago, and might be an out-dated deal. 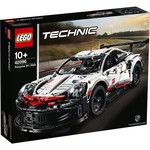 Don't forget WISH gift cards to get another 5% off.