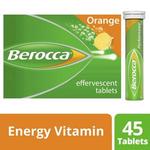 Noticed this at a great price and it wasn't mentioned in the weekly 1/2 price deal post.

Makes it even cheaper than the previous Amazon deal and the Prime Day Deal before that per tablet.

For those with eBay Plus you can get it at a further 5% off, however you'll need to spend $49 for free shipping. Orange and Berry appear available on Coles eBay, Mango does not however.