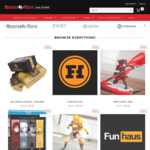 Unfortunately, Rooster Teeth and Hanabee Entertainment are breaking ties in Australia, so the Rooster Teeth Australia store is going down for the count ending on the 17th at 9am. Here is the official information from the retailer themselves -

As outlined last week, the Australian Rooster Teeth Store will soon be shutting down permanently.

Happy to share with you all the final campaign details:
• The Final Sale Begins December 6th @ 09:00 AEDT
• Average discount = 80% off retail price
• Orders of $50 or more may receive a random, bonus stocking stuffer.
• Everything subject to availability. We expect a little chaos so the advice is to get in early.
• Last orders accepted December 17th at 09:00 AEDT
• Check FAQ page for more details. 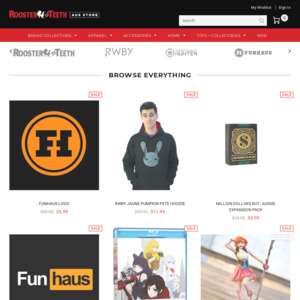