Seeing reports that Harris Scarfe has been placed into receivership, but will continue to trade with no plans to close.

Some reports blame the economy, others the decline in 'high street' shopping. 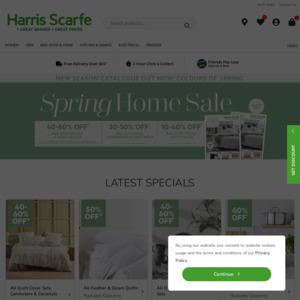