20% off a range of Gl.iNet products

Don't use links below use Shopback to get your cashback

Sorry, there's no AR750S (Slate) stock at the moment so they can't offer this product

Not going to give too many details, there's already existing ozbargain threads here on most of the products: 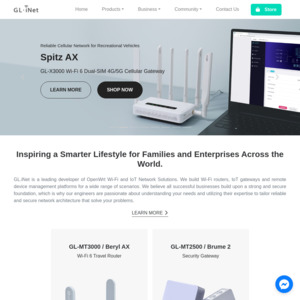