Myer is having a 'Buy 1 get 1 50% off' sale on Lego (some exclusions apply) and other toys. Rather than the cheapest being 50% off, they take 25% off the price of each. They have surprisingly included the 75252 Star Wars Imperial Star Destroyer which comes down to $825 (best price so far). Any combo of included items can be used. At time of posting Death Star also available. 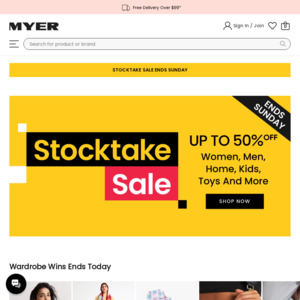