Free delivery to WA and SA from what I see.

Just ordered 5 packs as reserves for next bushfire season. 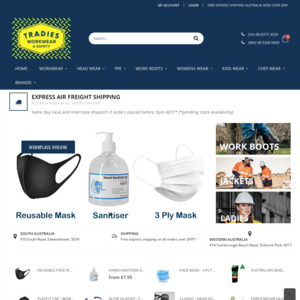