DFO Factory Outlets across the nation are all holding a 'Big Brand Sale' over the weekend.

Some example promotions (subject to brand availability at specific DFOs): 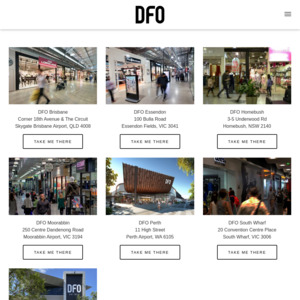