This was posted 7 months 6 days ago, and might be an out-dated deal. 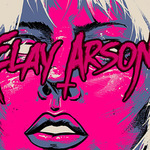 A new music bundle has started on Groupees from Elay Arson a popular darksynth metal band from the US. The bundle only has one tier which contains all 6 of their releases including their new album Dusk Incarnate which features numerous guests from the synthwave scene like Megan McDuffee, Occams Laser, FacexHugger, The Encounter, Dreddd and more.