This was posted 7 months ago, and might be an out-dated deal. 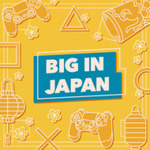 Some titles that I'm personally interested in and/or already own (taken from the AU PS Store, thus all in AUD):

For the most part, given the current AU/US exchange rates, the Australian PS Store will give you slightly better prices. In some cases, it's utterly ridiculous, for example Akiba's Trip: Undead and Undressed is $6.71 AUD, while it's $8.99 USD (~$14 AUD) in the US PS Store.

So for the best prices, double check the individual availability and price of the game you're interested in on both:

And maybe even the PS Stores of other regions, to see which store has that particular game cheaper.