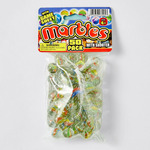 In case you have lost yours during these Covid Holidays….

Checked the instore and seems to be plenty around BrisVegas!

Good Luck to you!