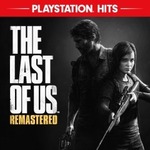 Save 50% on The Last of Us: Remastered through the PlayStation Store.