They have a range of Qantas luggage heavily reduced.

It all seems to include free shipping. No Idea how good Qantas luggage is but you'd hope they wouldn't slap a logo on it if it was terrible.

A range of Samsonite and American Tourister also reduced.

You may not be able to travel internationally any time soon but if you end up homeless at least you can wheel around everything you own in style! 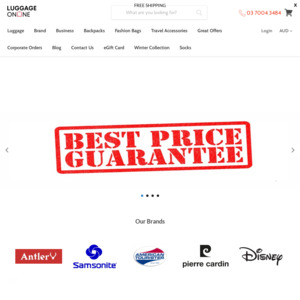