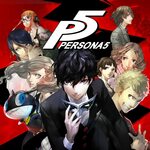 Cheapest I've seen this game for. I think it's free for those who have a PS5 with PlayStation Plus. Good price for those still on PS4.