It's a new Wireless LED Light Therapy Mask that you can multitask with while getting a facial home. You can see through the lens and you're not connected to any cords whilst in use.

It has 47 therapeutic LED lights that use targeted wavelengths that treat the most common skin concerns. 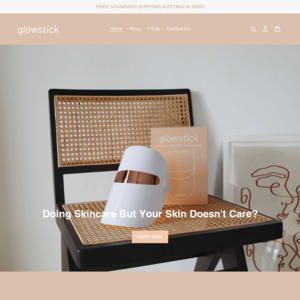