Edit: This is for people who have more PWM fans than fan headers on their motherboard.

Cheapest I could find this particular product or even overall for a PWM fan hub for more than 4 fans.
Relatively known company too. Beware this DOES NOT give your fans PWM function, it simply controls your PWM fans that is connected to it.
It will also control all the fans at the same speed/rpm, meaning the speed can be adjusted but not individually to each fan. Whatever the speed is on the sys_fan header you plug this in.
Powered from PSU SATA outlet. (There is a conversion cable included.)

Cheapest it's been for both amazon and 3rd party according to CamelX3. Closest price is from Austin computers which is out of stock. (https://www.austin.net.au/deepcool-fh-10-computer-case.html)

Alternatively Arctic has a similar one that's $15 from PC Case Gear but it's on pre-order and will have shipping unless you can pick it up. This one directly connects to the PSU SATA cable unlike Deepcool, which has a conversion cable. (https://www.pccasegear.com/products/53189/arctic-10-port-pwm...) 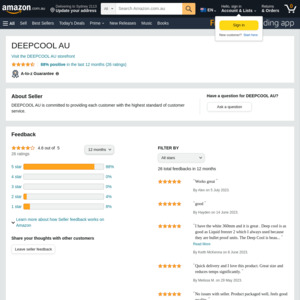