This was posted 3 months 16 days ago, and might be an out-dated deal.

I come across this deal on tonight's news feed.

After purchasing, please visit your nominated gym location with your proof of purchase and valid ID to finalise your membership.

Offer has been extended. Expiry unknown. 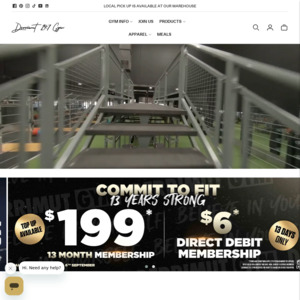