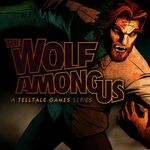 Great price for this fantastic game - all time lowest on the Playstation Store.
At this price an absolute no brained if you haven't played The Wolf Among Us already.

The Wolf Among Us, a five-part game series from the creators of the 2012 Game of the Year: The Walking Dead. Fairytale characters are being murdered in this hard-boiled, violent and mature thriller based on the award-winning Fables comic book series (DC Comics/Vertigo) by Bill Willingham.

As Bigby Wolf - THE big bad wolf - you will discover that a brutal, bloody murder is just a taste of things to come in a game series where your every decision can have enormous consequences.

• A mature and gritty take on characters from fairytales, legends and folklore who have escaped into our world

• A perfect place to begin your Fables journey, even if you’ve not read the comics this game is set before the events seen in the first issue

Great price for this Need for Speed bundle of three racing games - all time lowest on the PlayStation Store.

This high octane collection includes the base games and their respective Complete/Deluxe Editions giving access to all the additional content and updates these entail.

The Wolf Among Us
by Telltale Games