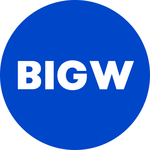 Havent played this game so can't provide any recommendation but it is on Sale at Big W, same price at Amazon AU.

Watch Dogs: Legion is a 2020 action-adventure game developed by Ubisoft Toronto and published by Ubisoft. It is the third instalment in the Watch Dogs series, and the sequel to 2016's Watch Dogs 2. Wikipedia