This was posted 3 months 13 days ago, and might be an out-dated deal.

Seems like the lowest it's been for a while, and almost $75 cheaper than MWave at this point.
Unsure of warranty since it's shipped from US, and unsure of the power plug type of the product. 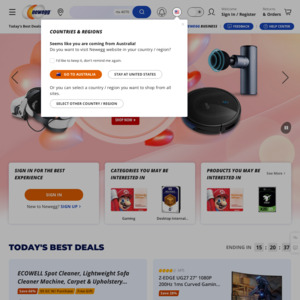