Part of Drops summer sale. It's a great headphone, I personally have it and love the sound. Beats most of the "Gaming" Headphones out there

It's has a great sound quality, especially for the price with classic Koss sound with really good, fun tuning. Ample and fun bass but still quite controlled and somewhat tight, not overwhelming at all. And mids and highs are also well presented, Overall really fun to use. (for reference I have HD6XX which pretty much standart audiophile entry/mid/high level depending on how you look at it. As well as Philips Fidelio X2HR, Hifiman HE-X4, HD280, AKG 275 Pro Monitors, AirPods Pro, Shure Se-215 and many more, too much to list here)

USE REFERRAL CODES TO GET ANOTHER $10USD OFF, bringing your total only to ~$48AUD

It's super light, comfortable and close back so you won't bother people round you. Though it might get a little hot during summer and long sessions, it hasn't for me yet.

Comes with 2 cables, both has mic. One is inline and the other is boom type, haven't used them much but they are said to be pretty decent from reviews.

Overall great bang for thee buck, especially if you are going to get other things from the sale, shipping will be only $5USD additional. like the dac/amp combo here: https://drop.com/buy/drop-o2-sdac-dac-amp —- beware it's 120V only so you'd need a appropriate power source for it. 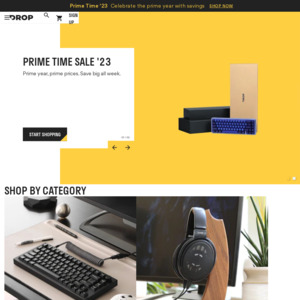