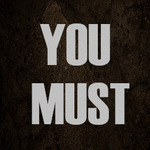 What are you capable of doing, for the sake of the only native person?

You must – this is a game with elements of survival horror in the first person.

The main character is an ordinary guy who loves video games and social networking. His family is a younger brother.

He is trying to earn money and find a good job to take care of his brother.

In the social network, the main character plays the quest "Hide and Seek", but this time the organizers decided to move the quest to the real world. They indicate the coordinates of the place where the quest item was hidden, the one who finds it first will receive a cash prize. The conditions are simple, come to the designated place and without catching the eyes of other players, find the item. It would seem that it could be easier. But the player does not suspect that he will have to fight for another prize – survival.

WARNING: Epileptic seizures associated with increased sensitivity to light are Possible. Some people may experience seizures when exposed to flashes of light and flashing images that appear in a video game. People who have not previously experienced such attacks may not be aware of their illness. A reasonable restriction of the game audience is recommended.