This was posted 7 years 11 months 9 days ago, and might be an out-dated deal.

Cadbury Roses Box 225g Only $3 at The Reject Shop

Cadbury Roses box 225g for $3 at The Reject Shop

At this price you can thank a lot of people ;-)

Price saving? Currently on sale at Woolworths for $7 (saving $1.50 off their normal price from memory).
This works out much better value than the occasional 99c Cadbury choc bar specials.

Made in NZ. Has Australian address on back so probably same as local supermarket stock.
Best before 28 May 2012 - You know they'll be eaten before then ;-) 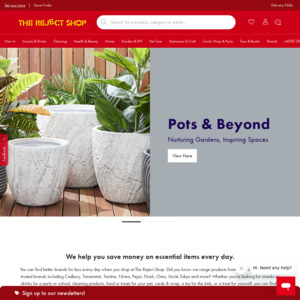