This was posted 9 months 29 days ago, and might be an out-dated deal.

I received this code in an email from JAG. It may be used on both new and existing accounts. The code applies a $20 discount and free shipping to a $30+ spend and may be used to purchase already discounted items.

A few examples (price shown after code is applied): 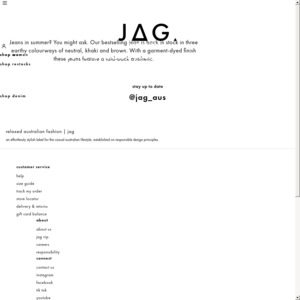