Following up from the previous deal I posted here, this holy grail USB-C hub is now back in stock after many months of not being available. It's not the best ever price (has been as low as $42), but I definitely think nothing else in the price range compares if you need 1000mbps Ethernet, 4K60HZ HDMI and USB3.0 (there is usually a compromise on at least one of these elements on most models that have all of these, either 100mbps Ethernet, 4K30HZ HDMI or USB 2.0.)

I personally own this model and use it with my M1 MacBook Air, and it works great. Literally the only negative point I have to share (and is prevalent in reviews) is the bright white light on the Ethernet port, but this isn't an issue for me, especially after putting a bit of tape over the offending LED. 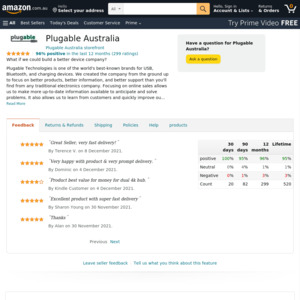