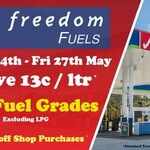 Fill up to 120L at Freedom Fuels from Tuesday 24th to Friday 27th May 2022 and receive 13c/litre off all grades of fuel (excluding LPG) Plus 5% off shop purchases (*Standard Terms & Conditions apply).

For details of all the Freedom Fuels participating sites, please click on the following link:
https://www.freedomfuels.com.au/outlet-locations

To share this offer with your mates, just forward this email and they can register by selecting the link below:
https://bit.ly/2OCPsqx

This offer cannot be used in conjunction with a Freedom Fuels Retail Business account or any other offer. 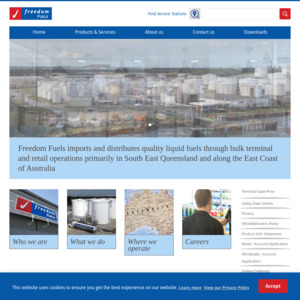