This was posted 7 years 9 days ago, and might be an out-dated deal. 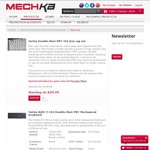 Do you hate it when the markings on your keys fade? So do we, that’s why at MechKB, we carry a range of Double Shot keyboards and key caps and until the 24th of July, we’re putting them on sale. With keys that’ll never fade or smudge a Double shot keyboard or key cap set is a solid investment for any discerning mechanical keyboard user.

What is Double Shot?
Most contemporary mechanical keyboard keys are marked by burning the marking onto the key cap with a laser (laser-etching) then, in the case of non-backlit keyboards, filling the resulting groove with ink, a process known as laser-etched infill. This is a cheap and flexible way to create key caps which are relatively durable but after a period of repeated use (for the typical typist, around one year) the ink and the edges of the key start to wear eventually resulting in keys with ever-fading key markings. 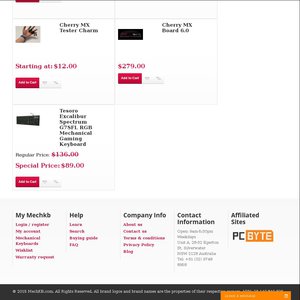