This was posted 6 years 7 months 4 days ago, and might be an out-dated deal. 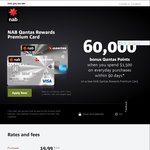 Similar to NABs recent Velocity Rewards credit card deal, except this one has a higher fee and is for Qantas FF points (https://www.ozbargain.com.au/node/214906)

Apply by 14 February 2016 and offer not available in conjunction with any other offer.

For a value comparison, a $250 Woolworths gift card is 37,500 Qantas frequent flyer points. Savings on business class flights value points higher than this, but using the gift card value is an easy comparable.

My opinion: this is a reasonable deal, but not a great one as it still requires a higher annual fee to be paid and alot of spending, for a marginal profit of ~20,000 points. 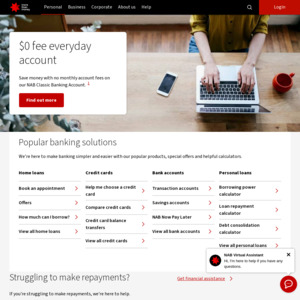