I Want My Son to Repeat Year 4 but Department Of Education Won't Allow. What to Do?

I have reached a dead-end and looking for some help in an area in which some of you might be working or you might have already come across this situation.

My son is in year 4 now ( moving to year 5 this school year and 9.5 years of age as of today) and is mid-Jun born baby. As you know, in NSW the cut-off date for NSW admission is 31-July and if the kid turns 5 years on that day, he can start school (kindy) in Jan.

We, by mistake, went ahead with the option and he started kindy at the age of 4.5. Now we realise this was a mistake we made as all other students in the class are at least 1 year older than my son. Socially and academically he has the status of ‘competent’ but we feel he is struggling. We have been sending him for other tuition class as well which I think is helping him to push himself forward. But I am worried how far I can push him and I am afraid he will eventually breakdown which I want to avoid.

Last year we moved house but not school. He travels an hour every day to his school and I was thinking of moving him to a school nearby. This provided me an option to make him repeat year 4 as well because he is in a new environment and wouldn’t feel much issue with self-esteem or confidence. We already told him that we are taking this decision not because he is bad in studies but to make sure that he is with his same age group which he agreed as well.

Had a discussion with new school but it looks like the policy is against it as they find he is doing good socially and academically. This policy won’t let him repeat even if parents asks for it. I am lost here and don’t know what are my options to keep him at Year 4 itself. A few of options that came to my mind are
1) Join private/Catholic schools where he will be accepted at year 4 itself and then move to public in year 5
2) Send him out of country for 6 months which will force the Department to put him back year 4 when he returns. I don’t want to do it due to other consequences this might bring.

I would prefer to the repeat year 4 itself as repeating beyond this grade is a bit tricky and might impact him. This is causing lot of stress to me and my wife now.

Has anyone been in this situation? And, how did you guys resolve it. Appreciating your advice and thoughts… thanks…

TLDR : I Want My Mid-Jun Born Son to Repeat Year 4 but Department of Education Doesn’t Allow. What to Do? 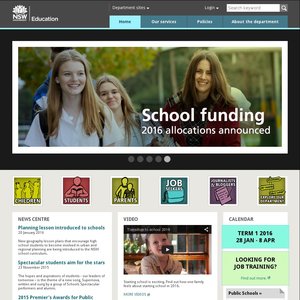