Noam Chomsky books 50% off ebooks as well.free shipping above25$(in US Only)

"Noam Chomsky is like a medic attempting to cure a national epidemic of selective amnesia…. [Rogue States is] a timely guide to the tactics that the powerful employ to keep power concentrated and people compliant…. Chomsky's work is crucial at a time when our empire perpetually disguises its pursuit of power under the banners of 'aid,' 'humanitarian intervention,' and 'globalization.' Americans have to begin deciphering the rhetoric. Chomsky's a good place to start." 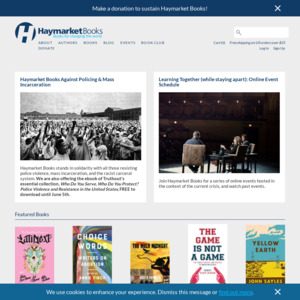