This was posted 3 years 9 months 1 day ago, and might be an out-dated deal.

This is a great price on a 250 slab of Rio shotshells. This is the cheapest I have seen in Australia. If anyone else has any good deals, especially on Remington 7.5, I would love to see them. I am a big fan of Remington shotshells, however, people who use these are also happy 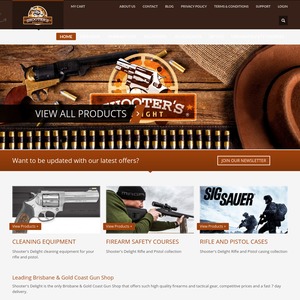