This was posted 4 years 8 months 4 days ago, and might be an out-dated deal. 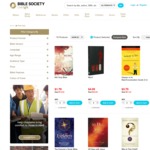 Hey OzBargainers, thanks for the warm welcome last time! I'm back with another clearance sale. It's a little smaller than last time but hey, 85% off. Fair warning: sale ends on Sunday at midnight, so you have a day and a bit to take advantage of it. Here are a few of the highlights:

NIV Softcover Bible: $1.79 (was $11.99) - it's a Bible and it's got cherry blossoms on the cover. Perfect for the avid Bible reader who wants to see the cherry blossoms in Japan but can't afford it because they spent all their disposable income on OzBargain deals. Seriously someone help me I have like five cartons of Eneloops that I don't have any use for.

There are also a bunch of VeggieTales books on sale that'd be good for teaching your kids how to read - although as a store rep for the Bible Society I'm obliged to say that while vegetables are a necessary part of a growing child's diet, they probably shouldn't be the foundation of their moral development. (Is VeggieTales even a Christian thing anymore?)

Shipping shouldn't cost you much more than $7. Also, all of our profits fund our mission and charity work in Australia and internationally.

P.S. Thanks to everyone who gave feedback on the site last time - we shouldn't have any problems with accidental back orders that go unfulfilled this time around. 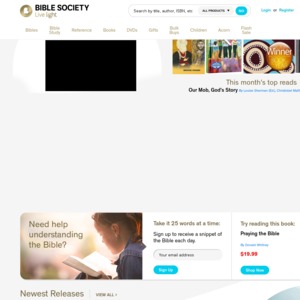