This was posted 4 years 4 months 19 days ago, and might be an out-dated deal. 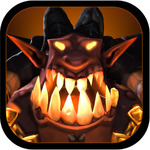 No In-App Purchases in this game, you get all the features!
Humans are attacking your castle, but you will defend it! Summon your beasts and defeat them!

• Experience true defense battles in 3D!
• Unlock new beast towers and evolve them!
• 40 different towers and build your defense!
• Over 15 abilities, summon the Cursed cloud!
• More than 60 different enemies, fear them, destroy them!
• Defeat a boss, and he will join you!
• Hours of gameplay
• Two game modes, dive into action with the Tsunami mode!
• High quality animated characters

Ekstar Chess is a board game for two players. It is played on a square board, made of 64 smaller squares, with eight squares on each side. Each player starts with sixteen pieces: eight pawns, two knights, two bishops, two rooks, one queen and one king. The goal of the game is for each player to try and checkmate the king of the opponent. Checkmate is a threat ('check') to the opposing king which no move can stop. It ends the game. 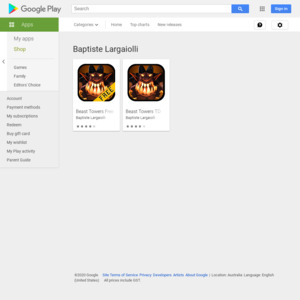