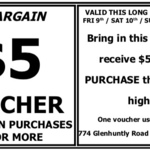 Video Busters Caulfield , ones of Melbourne's last remaining DVD stores (remember those ?!?!) is closing its doors in just over a week. Next Sunday (March 18th) is our final day so if you're a movie buff (and prefer having your physical DVD/blu ray copies — I know there's some of you out there!!) , now's the perfect time to come and stock up!!!

Here's a quick breakdown of the prices of each section:

Also have some new ones and boxed sets that are 'prices as marked'.

We've been here 20+ years so have amassed quite the collection (many of which are hard to find elsewhere!) — There's still HEAPS left so if you're close to the area, pop on in and have a look! :)

We also have an Ozbargain-exclusive voucher for this long weekend (see attached image) - just show it on your phone and get $5 off any purchase $10 or more (IE- you could get 10 of the $1 weekly DVDs for only $5 with the coupon!!)

We don't have any video games/consoles - just movies, and also some other bits and pieces (IE movie posters!!)
We've also got shelving to give away for FREE , so if you're interested in that , just enquire. 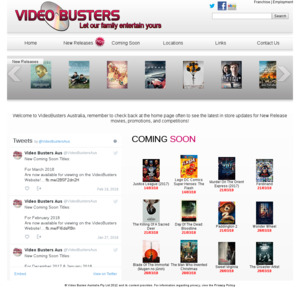