[AMA] I am the CEO of DiviPay. Ask me anything!

My name is Daniel and I'm the CEO of DiviPay.

DiviPay lets you instantly create virtual cards that keep you in control of your money. DiviPay virtual cards are powered by Mastercard and can be used to protect yourself from online fraud, stop unwanted subscription fees and spend abroad without paying any transaction fees.

A lot of our users have originated from Illumination's post: https://www.ozbargain.com.au/node/329572 so we thought it would be helpful to open up a direct line of communication with you all.

Also, if you're interested, Illumination interviewed us about some of the technical aspects of the business on his blog: 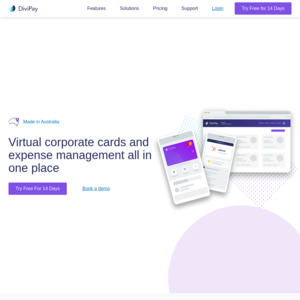