This was posted 2 years 8 months 7 days ago, and might be an out-dated deal. 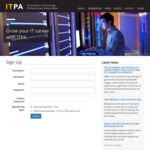 Sign up or renew for 12 months membership before July 1 at the reduced rate of $110, down from $165, plus $30 joining fee for new members. This is tax deductible if you work in the IT industry.

Why join ITPA? ITPA is a non-profit organisation established to advance the understanding of ICT matters within the community, corporate and government sectors in Australia. Our member services include: 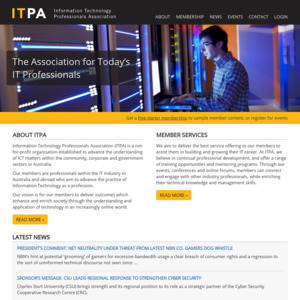