This was posted 2 years 1 month 14 days ago, and might be an out-dated deal. 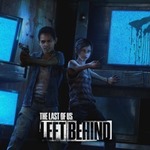 Note : This is included in Last of us remastered PS4 Game if you already own it

Important:
• This is a standalone game and doesn’t require a copy of The Last of Us™ Remastered.
• This game includes a two-hour trial of Factions multiplayer mode, which you can upgrade to the full version via the in-game store.

The Last of Us™: Left Behind combines themes of survival, loyalty and love with tense, survival-action gameplay in a critically acclaimed prequel chapter to The Last of Us™.

Left Behind is the winner of multiple accolades including two 2015 BAFTA Games Awards for Best Story and Best Performer (Ashley Johnson as Ellie).

The Last of Us
by Sony