I've moved to Australia almost 2 years ago and for close to a year now, I have been a lurker on OzBargain and enjoying the best deals and bargains of Australia.
OzBargain is quite addictive and knowing when to buy and where to buy allowed me to save tons of money. So I started looking for an app for OzBargain and, although there were no official ones, I have seen a couple others, which honestly, were extremely old and outdated. Therefore I thought I would go and create one, since I was learning mobile development!

I would like to introduce to you Aussie Bargain, a brand new way of browsing deals on OzBargain available both for iOS and Android!

Aussie Bargain is an app I have developed that allows you to browse your favourite bargains, get instant notifications of deals, save them or create reminders for upcoming deals!

I've released the iOS version lowkey in August and close to 600 people are already using it. The Android version has been released a couple of weeks ago.
I am still new to app development and thought I would give it a try building these 2 apps. I would love to get your feedback as a user on the apps and see where I can improve!

Please let me know what you think of the apps and I really hope you enjoy using it to browse, arguably the best crowd-sourced deals website of Australia.

PS: There is an inapp purchase on the app that is entirely optional. I do have a few promo codes to giveaway, simply ask away! :D
PS2: Sorry if this comes off the wrong way. I'm not trying to cause any problems or issues here. The whole idea behind this was because I saw the existing apps on the App Store and Google Play Store which were a bit outdated. Therefore, I thought of proposing another alternative. Yes, there is an in-app purchase but it is entirely optional and does not break the app or act as a pay-to-use.

** Edit **
Did not expect this to be blown out of proportion and taken out of context. If my intentions were unclear, I apologize. My intention was never to pull people away or force anyone to use the app or create the replacement of OzBargain. My intention was that if you were already using one of the other apps for OzBargain from the App Store or Google Play store, then I would like to propose another alternative. The other apps are a bit outdated and I thought of proposing an improvement with features like push notification, saving deals or creating reminders. Please do not think that I am trying to rip people off, that is not the case. It is simply to give options to people who might be using the other apps. And please don't take the next line out of context: Just like how you reach your destination by tram/train, I am proposing a different set of tram/train on the OzBargain railway. I see people not happy on the fact that there is an optional in-app purchase. You are right, there is an in-app purchase. It is optional and it costs $1.49. It is optional and if you want to use the app for free, it works just as well. I've added the in-app purchase so that if you feel this alternative is better than the others, then it goes to the time I took to create the apps, the costs of the server for instant push notification and various other things. But stressing again, it is optional. Not trying to do anything shady here, just trying to improve some people's lives :). There is enough hate out there already.
** Edit ** 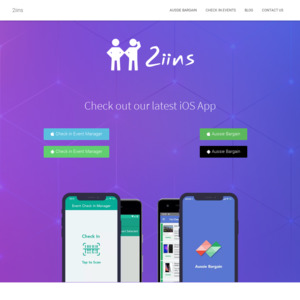