This was posted 3 years 4 months 17 days ago, and might be an out-dated deal. 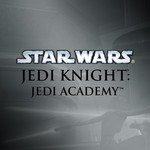 Deal lasts as long as they have keys or until the time runs out. For Windows and Mac.
Not sure how popular this game will be but given that it is Star Wars keys might run out before the time is over so I suggest that if you want a key to buy it asap and not wait until the end.