This was posted 1 year 5 months 19 days ago, and might be an out-dated deal. 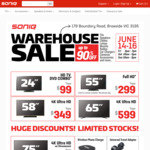 SONIQ is having a massive EOFY Warehouse Sales with thousands of products at heavily discounted prices! Come and check it out this weekend 14th to 16th of June.

Some of the products include:

Able to organise the delivery and installation for additional costs

All Refurbished products come with an 18-month warranty and are comprised of either light scratching on the back of the TV or stand (not the front) or repaired units using genuine manufacturer parts. 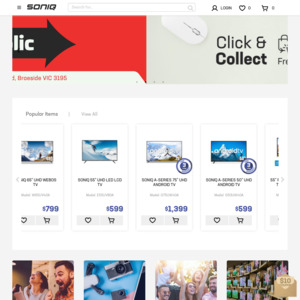