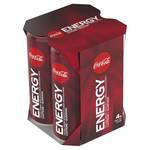 Better than half price….which imo, still too expensive as they taste terrible.

Note: Price in Title is for NSW, price may fluctuate in other states.