Osko - I've been scammed haven't I?

damn I am a) stupid and b) way too trusting.

I was selling my old iphone on Facebook for $850. A lady 2 hours away said she'd be able to collect it on the day (yesterday)
We agreed on a bank transfer that she did via OSKO. She sent me a screenshot of her bank statement which showed -$850 and also showed she had entered my acc number and bsb correctly. I thought the payments were immediate and after an hour I messaged her on facebook to say it hadn't come through. An hour later she arrives at my house and tells me she only just saw my fb message and was already on her way.

The money wasn't in my account but I thought with the screenshotted statement showing $850 out of her account, it was safe to go ahead and I assumed I'd get the money later in the day.

It's been over 24 hours and I just googled osko scams to find that with first payments, osko withold the money for 24 hours to make sure it's not fraud. So I assume she flagged the transaction to me as fraud so got the money reversed back into her account…

Her facebook profile has since disappeared. She hasn't blocked my number but my calls are just ringing out… been played haven't I?? 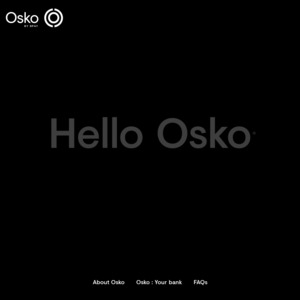