The Chilean government will remove the reciprocity fee charged to Australians upon arrival in Chile from Monday, 16 December 2019. However, Australians will be required to apply for an eVisa before travelling to Chile from 16 May 2020.

Time to book your flights to Chile :)
https://travelo.com.au/travel-results/#/flights/SYD2301SCL30... 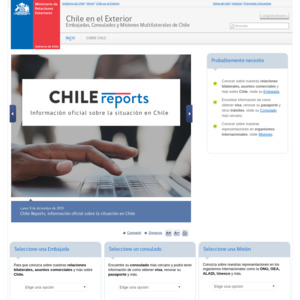